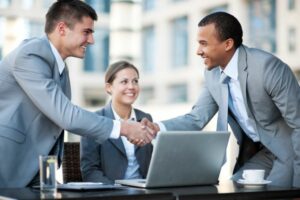 What Does Google Ads Offer?

How Much Does It Cost to Hire Someone to Do Google Ads?

As the cost of services provided by google ads is rather high for advertisers, most of them choose to hire an agency or professional to do it for them. As per the fact that there are thousands of agencies and individuals who provide Google ad campaign services, hiring them would cost between $100 to $5,000 USD.

Those who charge less than $100 USD usually do not have the relevant experience in doing Google ads services advertising hence they might end up wasting your money with their unsuccessful advertisement efforts. On the other hand, those who charge over $5,000 USD usually act as middlemen where they take a commission from you instead of providing you with direct service. With this information alone, this will make both ends – neither benefit each other at all. Thus, finding the perfect agency which suits your budget is difficult.

What Would Be a Good Price?

While Google ads services are only offered in US dollars, picking an agency that charges an average of $1 per click on its advertisement with a conversion rate of 2% to 5%, cost per action (CPA) of less than $20 USD and an annual contract would be reasonable. However, if you are planning to pick one for free clicks or non-annual contact, you might want to consider spending between $1 to 3$ per click depending on your product price itself.

It must also be noted that some agencies offer either monthly retainer fees or percentage commissions from their advertisers which means they do not charge any upfront fees for their services. This would make it difficult for advertisers to estimate the total cost they would be paying for sure as they might end up spending more than what they have expected.

What Is the Benefits of Running Google Ads Campaign?

Google ad services help advertisers gain traffic to their websites by placing advertisements on google, youtube, or other partners’ website. Other than that, advertisers get to measure the number of clicks they get from specific keywords, conversion rate, and cost per action (CPA).

Advertisers also get to track how many potential customers have been exposed to their commercial through specific keywords chosen by google ads. Furthermore, it helps advertiser optimize their marketing efforts effectively by focusing on high-performing keywords while discontinuing low-performing ones.

How to Be a Google Ads Specialist?

With an easy-to-use interface, google ad services aim to target SMEs through its user-friendly interface. The advertisement is also updated automatically every few minutes, unlike previous days where it will take several days or weeks before the changes are updated which forces advertisers to check back repeatedly for new advertisements.

It is learned that Google ads services charge advertisers based on a maximum cost-per-click basis. With this method, advertisers have the ability to control their advertising cost according to their budget as they can set how much would be charged for specific keywords used in ad campaigns. They can further refine their campaign by choosing specific website content category that suits their marketing needs best such as news, video, and many more depending on their company’s products and services.

As an advertiser, it is important to choose the keywords that would generate as many clicks as possible as this would affect their return on investment (ROI) after a specific advertisement campaign. In fact, Google ad services provide advertisers with information about which keyword gets how many clicks from customers, details of those people who had been exposed to their advertisements through particular keywords, and even the number of international customers available through a specific advertising campaign. This would help them save time and money by choosing more potential customer target markets which enhances their ROI.

All these features were intended to aid small and medium enterprises (SMEs) in having a better online presence in terms of advertisement in an easy way with less cost. This is especially beneficial for SMEs who wanted to expand their market reach through various available options such as direct emailing, website updates, and many others based on their company’s marketing plan.